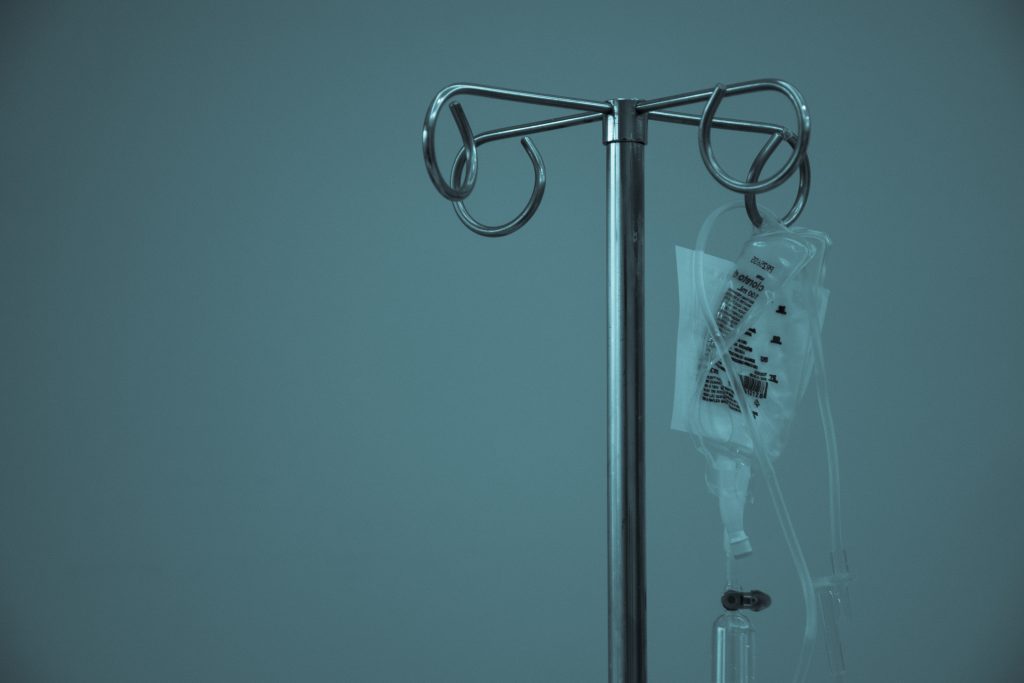 The Lesson Behind the Cancer Curtain

The moment that they looked me in the eyes and told me I had cancer, I felt something welling up in me that had to come out. The message slowly grew until finally as I was preaching at my home church one Sunday, right in the middle of my 6 months of chemotherapy, I felt like the Holy Spirit put it into words:

At the end of my sermon, I felt compelled to say, “It’s okay to rejoice when you’re suffering.”

God is Always Worthy, Even in Suffering

Why does it seem so strange to say that it’s okay to rejoice? I think it’s because many of us feel like rejoicing in the middle of a difficult time is being false or disingenuous. We feel like we’re lying or trying to “fake it till we make it.” The truth is, however, that even if you don’t feel thankful or joyful, rejoicing is always right.

God is always worth loud shouts of joy and deep rejoicing. When you feel happy, he deserves our rejoicing and praise. When we feel bad, sad, sick, overwhelmed, God is still just as deserving of our rejoicing and praise. That means that you can wake up feeling terrible, as I often do during this cancer journey, and decide to joyfully praise God, and it’s not false. It’s not a lie because He’s worth it no matter how we feel.

Praise is a Practice

As I’ve been navigating the hardest and worst several months of my life, going through chemo, I have realized that I had already been well trained in the art of gratitude. Before all this came crashing down on me, I had a solid discipline of rejoicing and thanking God for who He is already in place in my life. That discipline has been something of a lifesaver.

So this gets us back to the sentence I started out with: The moment that they looked me in the eyes and told me I had cancer, I felt something well up in me. I’m sure it was the Holy Spirit, and He said, “Now is your chance to praise Me as your first response.” The muscle I had been working out by having a discipline of gratitude was suddenly being strained, but it was there, and I was super thankful to have it in that important moment.

After the doctors left the room, my wife and I grabbed a Bible, read a Psalm, and praised God. We didn’t thank God for the cancer, but we thanked Him in spite of it. That has been the theme throughout my cancer battle. I’ve been able to, and even pleased, to be the guy with cancer who praises God anyway. I’ve written about my battle on social media in no uncertain terms–it’s horrible, but I’ve also been able to also say that despite how horrible it is, God is still my treasure. He hasn’t left me. Quite the contrary. He seems closer now than ever.

Suffering Teaches Us What Really Matters

I’m a firm believer that you don’t have to suffer to get close to God, but if you are suffering and you’re willing to rejoice in him, he will blow your mind. My mind has been blown by how safe I’ve felt in all of this. It’s no lie to say that my mental state has even been better than it was before the cancer diagnosis.

Before the diagnosis, I was wrapped up in my work. I’d get stressed out by what people thought of my abilities and how I was performing as a team leader. If I heard that someone on my team was dissatisfied with my leadership, I’d spiral into stress. I knew it was not a healthy way to live, but I couldn’t seem to get out of it. I even wondered how I’d ever be able to pastor a church if I was so overwhelmed by what people thought of me.

When the doctor told me I had cancer–and a really deadly type at that–suddenly, my life was put into perspective. Who cares what people think of me? I could die! In an instant, I was catapulted into a new life, one of survival where the whims of what people thought of my performance were utterly inconsequential.

At that point, I realized death was a real thing, and that someday I was actually going to stand in front of God and see him face to face. That’s true of you too. So what’s really important in life? Is it our career? Is it our image? Is it our constant quest for comfort and happiness? Or is it our worship of God? I have to go with the last one. Our worship is all that really matters.

It’s simple. Set aside one minute either by yourself or in your church’s small group. It also works wonders to do with your spouse and even your kids. (Yes, a discipline you can do with kids!) You just set aside a minute where you simply thank God for anything and everything. Maybe you thank Him for something He has done, or maybe you thank Him for something about who He is, one of His many attributes.

It can sound something like, “Thank you for being a God who loves us and wants us to love each other.”

With your kids, it might help to spell out the “rules” just to make it clear what you’re doing. You can say, “For one minute, everything we say to God will start with ‘God, thank you for…’”

Set a timer. Try it for one minute…try it for  5 minutes. Try it before you start your daily Bible reading. Thinking of spending a little time in silence and solitude? Kick it off with one minute of gratitude.

I’ve told the youth group that I lead not to wait until difficulty comes to learn how to rejoice in difficulty. The same goes for all of us. Learn it now!

Maybe you’re already in the jaws of suffering, and you haven’t been able to rejoice or find joy. Maybe you’ve been jealous of others who aren’t suffering. Maybe you’ve been angry at God about your suffering. It’s not too late to turn toward gratitude. Start with one minute. That one minute has a pesky tendency to grow and spread like a weed. The next thing you know, your life could be overgrown with thanksgiving and gratitude regardless of your suffering. 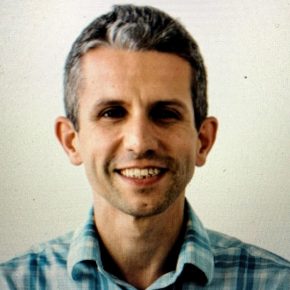 Dustin lives in Fort Worth, Tx with his wife and kiddos. He is a church planter/youth minister with Paradox Church and you can check out his podcast Real Kingdom Podcast wherever you listen to podcasts and purchase his children's novel "Harvard Heart of God and the Writer of this Book" wherever you buy books.