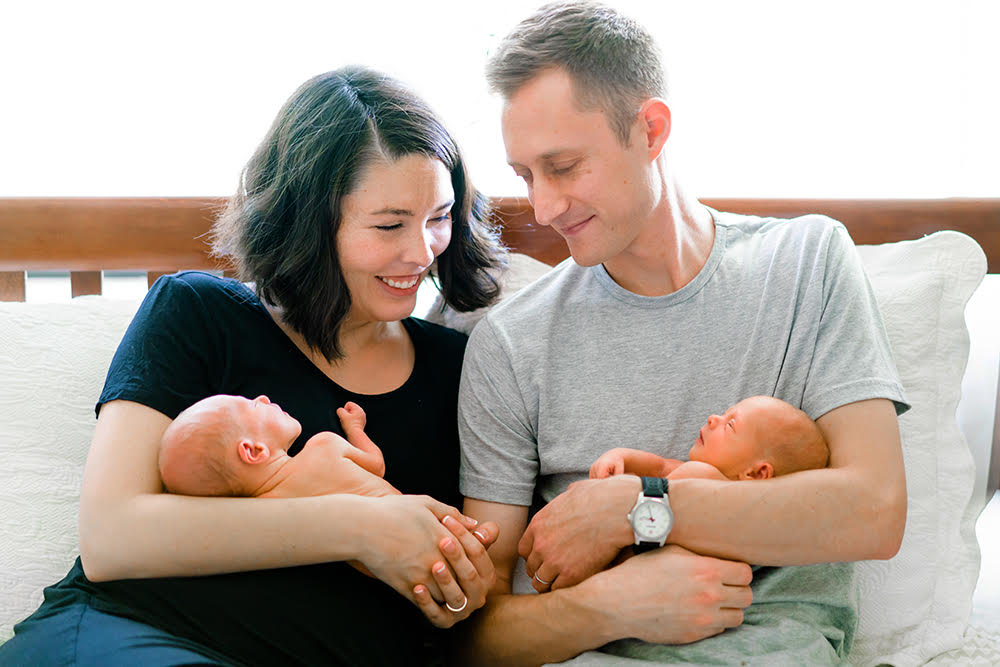 The Harvesters: Mark and Megan Goering

Tell us who you are and where you’re laboring in the harvest?

We are Mark and Megan Goering and we are hometown missionaries in Oklahoma City, OK with our twin sons.

What type of people are you reaching for Jesus?

We are seeing fruit among the lost, the least, and the last primarily. The last couple years has been slow going and has felt discouraging much of the time, but we have found a faithful few among international students and more recently among those in the rough part of south OKC, and they are reproducing what we have modeled to them as we assist them.

HOW DID THAT COME ABOUT (IS THERE A STORY THERE?)

We both came to faith in house church settings and came to understand the kingdom mission through regular salvation and kingdom encounters happening among our house churches. Later, while Mark was pastoring on staff with a Vineyard legacy church in OKC, we began to feel burdened for the lost in our City and started a church in our home that exploded with believers wanting to be trained.

We wanted to be closer to the lost and the harvest, however. We moved into intentional community with three other families and targeted the international students on the college campus near us. We began to experiment with different ways to disciple those who were “yellow lights” or not yet ready to follow Jesus but interested in more.

In the last six months we have begun to get more significant traction with several baptisms and multiplication fruit among those we have trained on the south side of OKC. We want to drop everything for the people who are hungry and sharing Jesus with their friends and family. Our dear friend on the South side is just that- she had a really broken past and encountered Jesus in a powerful way and is now sharing with everyone she knows.

Oklahoma City is geographically very spread out with every business built for car traffic. The result is a disconnected City population. We have been getting creative in how to find relationally connected groups through which the gospel can spread. Several groups in OKC have been heavily focusing on unreached people groups who are already knit together by common language and culture. This is bearing fruit!

What has surprised you the most about bringing Jesus to people in everyday places?

What a great question. I think we have been surprised at how receptive people are. I think our tendency is to think that people will have a lot of walls up towards the gospel, but we have found that most people are actually hungry for prayer. Most of the time people actually appreciate and welcome us taking a risk and offering to pray for them. And even when we do experience pushback, we have never had an interaction that we don’t grow from in some way.

What has encouraged you the most about your work (in the harvest)?

The fruit that we see is truly dependent on the work of the Holy Spirit. It is so satisfying to see the light of the gospel come on in peoples eyes. And it is even more satisfying to see those that we disciple catch it and begin to disciple others in what they have received. We have also been very encouraged to see a lot of physical healing and miracles happen in our city. We have grown in faith and been greatly encouraged as the demonstration of the gospel confirms the message we proclaim.

Do you do church in the harvest? How does that look different/the same as what we traditionally see as church today?

Yes we do Church in the harvest, but we have also pastored as a part of traditional church in the last several years, too.

What we do today is largely focused on training and equipping believers to give away what they have been given. We have found that it is the simple things that multiply. Especially among the lost, the least, and the last it is more effective to train in such a way that things are very simple. We have found that it is as we have gone on mission and began to do what we learned That we refined our methods and learned what will actually multiply among new believers.

How can people learn more/support the work you are doing in Oklahoma?

Connect with us: goering2505@gmail.com.
Our personal ministry donation link: http://paypal.me/Goering