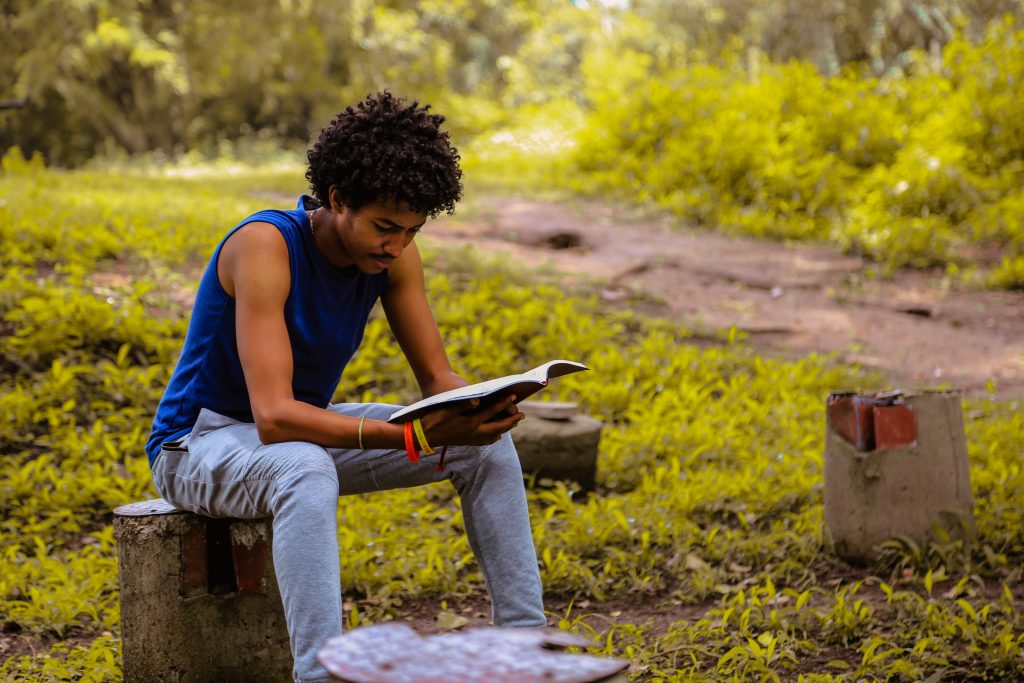 When we look around today it seems to be a world filled with such barbarians. Forces that used to guide boys and help them grow into men are disappearing from society.  Fathers are missing from households.  Cultural norms that used to define masculinity have been challenged and torn down without any clear new norms being put in place.

The result is a  generation of physically mature males, drifting through life without a clear sense of direction or contribution that is distinctly masculine. But we believe Biblical masculinity does not have to go extinct.

Set Apart From the Beginning

God’s method for shaping the world has always been to use a man.  The creation story culminates in God creating Adam and entrusting him with dominion and stewardship of the world.

The commands were given to Adam 1 and  when things went south, it was the man who God specifically went looking for 2.

Men have been at the center of what God wants to do on the earth from the beginning.

Likewise, at the culmination of the ages 3, when God was ready to send his Son into the world, he started first by sending a man: “There came a man sent from God, whose name was John.”  The rest is history.

Just as he was in the beginning and in the middle of time, God is doing a work in our day — and he’s looking for men to be at the center of it.

The Makings of a Few Good Men

Modern men may be on the endangered list, but men characterized by Biblical masculinity have always been in short supply.  And we find the authors of Scripture constantly calling men to step into the fullness of what God intends for them.

Paul did this in his letter to the Corinthians:

Here we find five areas for men to cultivate in order to pursue Biblical masculinity:

1. Be Alert  Cultivating manliness starts by being alert. Luke chapter 12 says, “You also must be ready, because the Son of Man will come at an hour when you do not expect him.”  This year has been crazy enough and no one knows the time or the hour but we know that Jesus is coming back. Don’t get caught slipping!

2. Be Firm in Faith  Stand firm!!!  It’s easier to do this when we know it will end in applause and or praise. But what about standing firm when no one’s looking? Joseph did! He would not sin against his God even when there was no one around to keep him in check4. No matter the circumstance, no matter the opponent, no matter the situation you must stand firm.

3. Be Like the Best  Acting like a man, means finding good men to imitate. This is done by finding and following godly men.“Remember your leaders, who spoke the word of God to you. Consider the outcome of their way of life and imitate their faith.”5

4. Be Strong   We ain’t just talking about barbells here… workout those spiritual muscles!  In 1 Samuel 30.6 David’s world was turned upside down and he seemingly had nowhere to go. But the word says, “David found his strength in the Lord.” Continually turn to the Lord in all circumstances and be strong!

5. Be Loving  Jesus said that the way people would know that we belong to him would be our love for one another.  Essentially every Christian should have a metaphorical love tattoo.  Is this your mark, are you branded, is your tattoo visible?  Love is not optional.

A Call to Action

One of the darkest periods in the history of God’s people was the time leading up to the Bablyonian exile. 6 It was dark spiritually, but in fact economically the nation of Israel was doing very well.  People were self-centered and indulgent, living for themselves while denying justice to the less fortunate around them.

How can you get a large group of people to change, especially when economic times are good?  Over and over God warned the nation to turn back to him and away from destruction.  But they didn’t listen.

But here’s the thing: while God called the entire nation to repent, what he was actually looking for was one man who would be wholly surrendered and live for him.

“I searched for a man among them who would build up the wall and stand in the gap before Me for the land, so that I would not destroy it; but I found no one.”  Ezekiel 22.30

These are dark times and we might be tempted to lose heart.  But if you’re reading this, understand that just as in Ezekiel’s day, God is searching for a man among the multitudes who will build up the wall and stand in the gap for the land.

Will you be that man today?