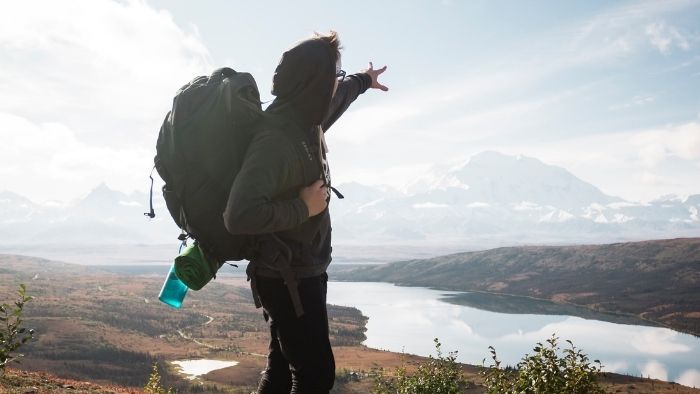 Profile of a Worthy Messenger

In a world where there is plenty of meaningful work to be accomplished, and where it seems the stakes only grow higher, it’s safe to say all of us are on the lookout for a man or woman who is loyal to their leader or cause. Someone who does not search for an excuse by default but rather tightens their belt for the challenge. In fact, I would say most of us hope to be such a person ourselves. I recently took a closer look at the character of one such person. He might be one of the lesser-known men of the Bible (in fact he goes unnamed) but I believe he has a lot to teach us regarding the kind of person we should all strive to be.

In Genesis 24, we find the story of a man given a near-impossible task by his master, Abraham: “go to my country and my brother, and take a wife for my son Isaac.” All we know about this man before his mission is given is that his master had had the confidence to put him in charge of all that he had. The servant simply gave an oath that he would carry out the orders given him, then took charge of a party of ten camels, and struck out on the 500-mile journey to Nahor, a city named after Abraham’s brother.

At this point, we could pause to focus solely on the servant’s “can do” attitude. Yet the story of this man’s quest provides us with a deeper understanding of the character behind the action, which is worthy of our attention. There are three indispensable traits exemplified by our protagonist that contribute to his eventual success: initiative, faith (in God), and commitment.

With only the assurance that “God will send His angel before (him),” 1 the servant needed to come up with a plan. (On a side note, Abraham’s leadership style is commendable—clearly defining the objectives but not micromanaging the tactics.) He brilliantly positions himself in a strategic place and time to ensure maximum interaction with the city’s women. 2 Then, at the city well, He “called upon the name of the LORD” 3—something the house of Abraham was known to do. 4

This initiative to formulate a logical plan and simply “do it” is often where, I believe, a Christian gets hamstrung. There is no account here of an audible voice or sign from God. The chief servant didn’t call the travel party to a 40-day fast, nor did he lay out a fleece. Rather, he did what he thought best and covered it with prayer, taking captive any anxiety that accompanied the mission.

Could it be, fellow saints, that we waiver in action because we are waiting for confirmation—not in the action—but of God’s faithfulness? Like a child looking back to his parent, we wonder, “are you going to catch me if I fall?” There is no reason to hesitate. You have your standing orders 5 and the full revelation of God. 6 You also have a brain 7 and are blessed and equipped in the LORD. 8 As David exhorted his chosen son, “be strong and courageous and do it.” 9

Note that after executing his plan, the servant was patient. Faith-motivated action anticipates a heavenly reaction. David said to God in Psalm 4:3, “in the morning I prepare a sacrifice for you and watch.” In the full assurance that God had heard his petition for help, Abraham’s servant waited with eager expectation “to learn whether the LORD had prospered his journey or not.” 10 Unless a heavenly messenger appears to us, only time will tell us if our plans will be established. 11 Therefore, in the midst of your striving, be patient, and wait for the Lord. 12

"Could it be, fellow saints, that we waiver in action because we are waiting for confirmation—not in the action—but of God’s faithfulness?"

As the story unfolds, it appears that the servant’s plan had worked. Rebekah, the grandniece of Abraham, appears at the city well and takes care of the man and his camels. Once her identity is revealed, he rightfully “bowed his head and worshipped the LORD.” 13 While his reverence is commendable (more on this later), his dialogue with God reveals to us a deep, mature faith.

Note in his prayer he calls God, “the God of my master Abraham.” 14 This is the second time we read the servant using this title.15 Remember, God had not yet revealed Himself as Yahweh, the covenant God of the house of Israel. Rather, the man understood Him as the God who hand-picked Abram to become the “father of a multitude of nations.”16 In other words, he believed that Abraham was God’s chosen vessel, and that God’s blessing in his life would only come through a right response 17—in this case, his faithful obedience as a servant—to God’s promise to Abraham.

Today, we build our faith on a similar promise. 18 We believe God has blessed His Son, Jesus, and through an eternal covenant with Him, we have received all spiritual blessings in Christ. 19 Like Abraham, the Almighty God has called us to be holy and walk blamelessly before Him.20 As faithful servants, we believe God will not abandon us nor forsake us because of “His steadfast love and faithfulness to (our) master.” 21

In response to God’s faithfulness, there was deep gratitude and reverence exhibited by Abraham’s servant as he repeatedly “bowed before the Lord.”22 Think of an athlete today pointing upward after a great play or a group of soldiers huddling together in prayer on the frontlines. It is the perfect picture of providence and wholeness. Genuine faith in God’s goodness naturally leads to humble worship.

The last distinguishing trait of our story’s hero is commitment. By all appearances, the servant’s mission to find a wife for Isaac was accomplished when Rebekah’s brother, Laban, greeted him with a royal welcome: the camels were housed and fed, a water basin was brought to wash his feet, and a personal feast was laid before him. Yet, he refused to satisfy his hunger until he had delivered his master’s message and received an answer from Laban.23

With laser-like focus, the servant was determined to accomplish his master’s will before attending to his own physical needs. Sound familiar? In similar fashion, the disciples of Jesus urged him to eat as His eyes scanned the horizon for lost souls, to which He replied, “My food is to do the will of Him who sent Me and accomplish His work.” 24 Consider the example of the Son of God to prioritize the mission above the means! He would not be deterred from His Father’s plan to seek and save the lost, and when it was time for His work to transition from Galilee to Calvary, “He set His face to go to Jerusalem.”25

Trip wires abound the moment we are sent to do the Master’s work. Not only are we opposed by the enemy, but friendly forces can also test our resolve. In Abraham’s day, it was bad manners to decline your host’s offer to eat and discuss business before pleasantries. Had the servant eaten and indulged in the hospitality given him, however, he could have made a hasty, misguided decision.

We see this resolve again when Rebekah’s mother and Laban entreated him to stay ten additional days.26 Societal norms would not deter him nor slow him down as he replied, “do not delay me since the LORD has prospered my way.” 27 It was at risk of offending his host and potentially scuttling his accomplishments that the servant refused, yet his commitment to his master and faith in God prompted him to take the right kind of risk. In stark contrast, the Bible tells a tragic story of a priest and his concubine, where he was coaxed twice against his better judgement to stay the night with her father, ultimately to his concubine’s demise. 28

The servant gave an oath to Abraham and intended to keep it  despite strong cultural opposition. Like Daniel refusing to eat the king’s food,29 he had the courage and conviction to say “no” in a foreign land. 30 In the same way, we are strangers on this earth31 as we labor for a master who resides in a distant country.32 We will be tempted to conform to societal norms (lest we offend our neighbor), but for a laborer to be effective, he/she must put to death the passions of the flesh. 33 Be resolved today to prioritize the mission above the means.

Be resolved today to prioritize Christ's mission above the means.

Conclusion: Do the Thing!

Just as Abraham needed a faithful servant to carry out this all-important task, someone who was a man of action, loyalty, and concentration, Jesus also asked his followers, “Who then is the faithful and wise servant, whom his master has set over his household, to give them their food at the proper time?”34 The question still lingers today, as the eyes of the Lord constantly search for men or women whose hearts are faithful and ready.35 Are you willing to follow the Master’s rallying cry in Isaiah 50:7 to do the tough job no one wants to do?

I've made up my mind to keep on serving him. I know he won't let me be put to shame. 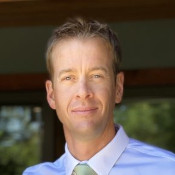 Danny is currently serving Jesus as a husband, father, brother and military officer in San Diego, CA. When he is not making household repairs, he enjoys building forts with his kids, playing Texas Hold'em, and writing Biblical Commentary.