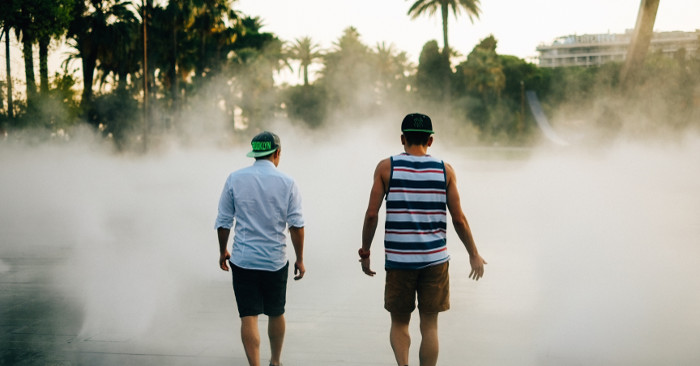 What Jesus and Mr. Rogers Have in Common

I had just come home from one of the longest days of work in recent memory. The only thing I needed was a good old-fashioned vent session, so I met up with one of my closest friends.

At times I can be a outward processor and who better to process with than one of my best friends? After some small talk I launched into my soliloquy about my frustrating day but was quickly met with resistance… he interrupted my monologue with, “But what did you do?”

I did not want to be interrupted so I quickly explained and continued. About a minute later, he stopped me again and offered some advice. This cycle continued as I tried desperately to get my story out and he kept interrupting. I realized at this point that he had no idea how to help me because he had not been listening. I instantly shut down, I listened to him explain his solution and afterwards we sat in awkward silence for about 5 minutes before I left, utterly surprised and dejected.

I knew that he meant no harm and I realized that I had to forgive him since he didn’t mean to be so unhelpful. But this got me thinking! Most of us, when we have a problem, are really just wanting a friend like Mr. Rogers from Mister Roger’s Neighborhood in our lives who listens with patience like they have all day just for you. But l realize, sadly Fred Roger characters are few and far between.

Have you ever had someone only listen long enough to respond? Or give you advice before you even finished explaining a situation? Who would have known that not being able to be heard after a long, frustrating day would forever change my life and give me a deeper understanding of the compassion of our Lord Jesus Christ!

In our society, if there is a problem we want to fix it and we want fix it fast. When the WiFi has a panic attack and goes out in the house, you can feel the anxiety build in the room and the desire to get it back online by any means necessary can literally cause a family feud. In this day and age, we are all about solving our problems as quickly as possible!

But, while a problem should not be ignored, “fixing” it should not always be the top priority. I had an epiphany after my conversation with my friend! I promised myself that I would devote myself to being a good listener so that I would not ever make anyone feel the way I felt when I just wanted someone to listen. I have since broken that promise and trust me, I know for a fact that I have disappointed many of my friends by being more interested in solving their problems than actually being there for them. But, there is hope when we look at Jesus’ approach to people. There are several examples in the New Testament of how Jesus handled this challenge. Let’s explore one that may have flown under the radar.

A Widow in Need

Jesus was walking through a town called Nain when he stumbled upon a funeral. The entire town had been devastated by a recent loss. This was a real problem. There was a poor widow who had just lost her one and only son. Fortunately, Jesus had the power to heal her son and one would think that Jesus would go right up to the casket and bring her son back to life so that he could move on and get back to saving the world. But the Bible says Jesus had compassion on her, so he went up to her and comforted her in this time of need. He did not immediately offer a solution to her problem but cared enough to listen and comfort her before he addressed her loss.

Making the Person the Priority

We must continually go back to the examples of Jesus to become like Him. And once you start looking, there are so many good examples of Jesus not hurrying to find a solution but instead spending time to listen to people. When rulers brought a woman caught in the act of adultery to Jesus, they wanted him to handle this problem right away. She was guilty and the law called for her to be put to death by stoning. But Jesus did not put the priority on the problem, he defused their attempts and one by one they went away. Here we get one of the most beautiful moments in the New Testament: a sinful woman and her Lord, alone. And then he speaks mercy over her life and sends her on her way. So, it was only after his amazing display of compassion that he addressed her problem. Remember, we cannot make the problem the priority, we must make the person the priority.

My dear brothers and sisters, take note of this: Everyone should be quick to listen, slow to speak and slow to become angry. (James 1.19)

We are all guilty of not applying this verse and we need to get back to it. We need to become better listeners so that we can better help people. Someone once told me that we have two ears and one mouth for a reason. My moment with my friend was a blessing in disguise! I have since paid a lot more attention to making sure I am hearing someone out when they need to be heard. Let’s be on the lookout for the many examples of Jesus in his ministry putting the person before the problem. Then let’s apply that in our own lives.