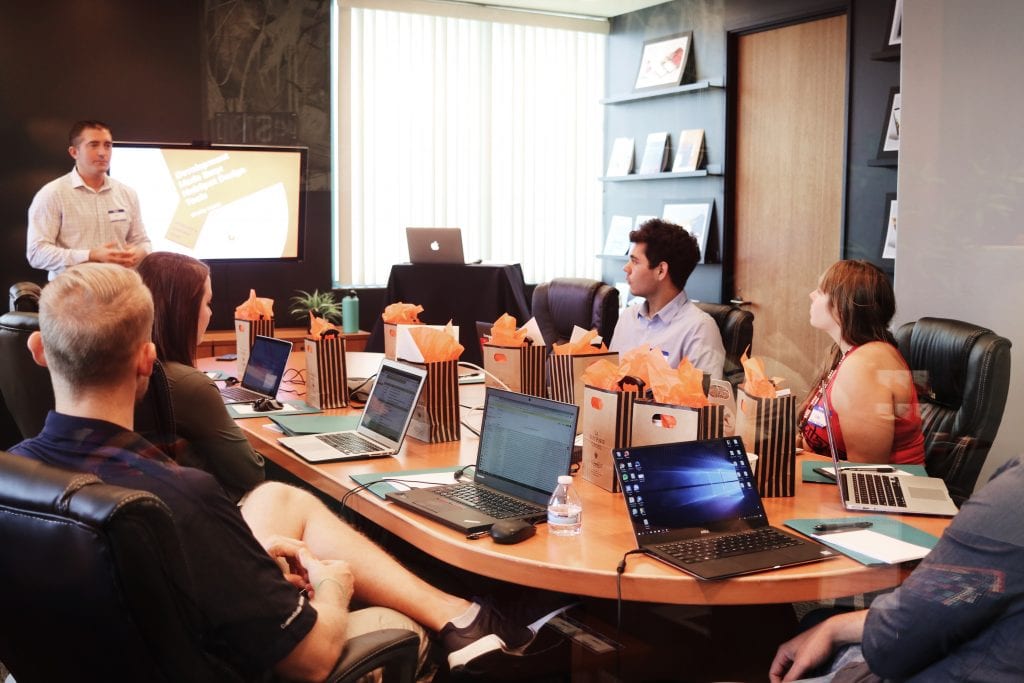 Jesus and the Workplace: They Absolutely Should Mix

While on a recent work trip I shared how I started following Jesus with the woman sitting next to me on the plane. I found out that she and her husband were also Christians and that her husband had spent the last decade or so working for a Christian organization dedicated to helping people dive deeply into the Bible. But before that, her husband had followed a similar career as me, working for the military on active duty and then later as a civilian employee of the government. As we discussed the topic of sharing the Good News of Jesus, she told me that when working for the military her husband had felt that God had put him in his workplace to do that job, not to share the gospel, though if someone asked him about his faith, then he would, and did so on a number of occasions over the years.

This got me thinking, it is a common thought in current western society: whether you’ve said it yourself, heard it, or simply accepted it as an unspoken rule: Do not talk about faith, much less openly proselytize, at work. 1

In fact, there are some employers who have policies that say precisely that. So as Christians, as disciples of Jesus, is that where the matter ends? Should we simply comply with such policies, expectations or opinions and only share the Good News with co-workers outside of the workplace?

I had a wonderful time talking with this newly discovered sister in the faith on the plane and felt certain that I would have shared the same brotherly affection with her husband. However, on the topic of sharing the Good News (aka. the Gospel) at work, I found that I strongly disagreed.

Now, I will tell you how I’ve come to disagree so categorically with this common belief. But before I do, you should know a little background on me, particularly that I am the least likely candidate to be outgoing or outspoken about anything.

I’m an introvert through and through who would almost always rather be alone with a book than be in a conversation – much less an intense and perhaps uncomfortable one. Just in normal conversation I often feel like I have to force words out and until a split second before I speak, I don’t know what I want to say. I’m a perfectionist, too, so after I say something I’m immediately second guessing what I’ve just said. And to be clear, this is just normal conversation. After years of being a practiced human, I may appear to talk like my more extroverted peers, but believe me, it takes genuine effort for me to get words out. Incidentally, by my nature I also absolutely hate making people uncomfortable. I’ll avoid it at all costs. So why and how do I, of all people, talk to co-workers (or anyone) about Jesus?

Perhaps the most fundamental reason why I share with my co-workers in the workplace is that my Boss tells me to do so. Or to put it in a military context, my Commander in Chief orders it.

To not put too fine a point on it, Jesus tells us to share.
“Then [Jesus] said to them, ‘Go into all the world and preach the gospel to all creation.’” 2
Having spent my entire adult life in or around the military, it doesn’t get much simpler than the fact that the One who is in authority over me has issued a command. I must obey because my co-workers and the workplace is part of “all the world” and “all creation.”

Admittedly, many feel it is not that black and white. What about the authority of my human supervisor and the work policy stating that I am not allowed to do such things in the workplace? Afterall the Bible says, “Submit to every human authority because of the Lord, whether to the emperor as the supreme authority or to governors as those sent out by him to punish those who do what is evil and to praise those who do what is good.” 3

But let’s also see what Peter, the Holy Spirit inspired writer of the aforequoted scripture, did when he was commanded to stop proclaiming the Good News of Jesus by those in authority over him.
“So they called for them and ordered them not to speak or teach at all in the name of Jesus. Peter and John answered them, “Whether it’s right in the sight of God for us to listen to you rather than to God, you decide; for we are unable to stop speaking about what we have seen and heard.” 4

In short, God commands our obedience to earthly authority in all things except those that contradict His commands. A friend told her mentor that she was worried she would get fired if she talked to her co-workers about Jesus. The mentor simply replied, “Well, McDonalds is always hiring.” Or in other words, yes, we might get in trouble, even fired, for obeying Jesus, but just as the disciples celebrated the privilege of sharing in their Savior’s suffering, so should we.

The highest form of love we can offer our co-workers is to introduce them to the One who is Love. Of course we want to serve them with our actions and be good teammates, helping to achieve our company or employer’s mission. But if we are the kindest and most helpful co-workers, but never love them enough to tell them the most important information ever in the history of everything, then we aren’t really loving them.

And how can they come to know Jesus if they have never heard? If we will not tell them, who else will? The truth is that most of us spend more waking hours with our co-workers in a typical week than we do with our families, or they theirs. Let us not squander the countless opportunities we have to love our co-workers by sharing Jesus with them, no matter the reason.

Assuming I have convinced you, let me end by sharing some ways how we can tell our co-workers the best news ever in our everyday workplaces.

Brett Wilson is the other half of our own Abigail Wilson. He works full time for the government doing important work: Replacing printer cartridges, triple checking outdated inventory lists and making endless powerpoint presentations. He often works overtime to ensure that the coffee in the communal coffee pot is American Strong. Brett does all these things to fund the ministry that the he and Abigail (and their kids) do together. It’s worth it.