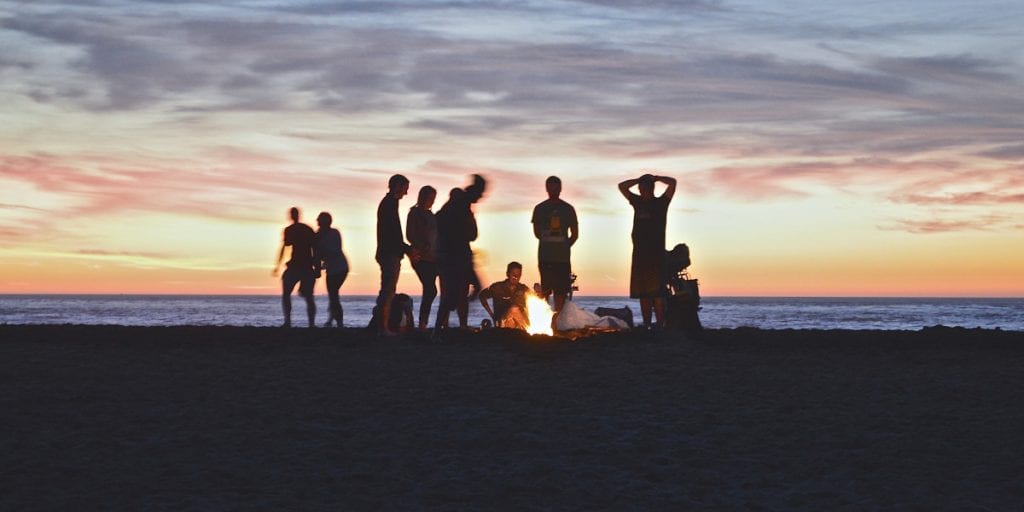 Back in August I had the chance to speak at a retreat on discipleship. I gave three talks on “The Crisis of Commitment: How We Can Seek First the Kingdom in a Me First World”. Today I’m sharing the second part of that series with you here. If you’d like more, you can listen to the message in full over on our podcast.

In my last article I shared with you the importance of committing yourself fully to Christ. There’s a famous story about a Spanish conquistador named Hernán Cortés. When he arrived off the coast of Central Mexico with his small fleet of ships to face the mighty Aztec Empire, his men wavered. They were vastly outnumbered and most of them weren’t motivated to begin with. Determined to help his men fully commit, Cortés gave the order and sank his own ships. He stranded himself and his men in enemy territory. There was no going back.

The path forward, however, was now clear: all or nothing, 100% commitment. The option for half-effort or retreat was gone. If they were going to survive they would have to fight and win. Famously, the expedition succeeded and Cortés and his men conquered the Aztecs.

And that’s really how it works. Commitment sharpens our focus and elevates our motivation.

We see this kind of commitment demonstrated in the life of Jesus. He committed himself fully to the Father and he modeled for us a life of radical devotion. So when he calls us to make the same kind of commitment to him, it’s not something he’s unfamiliar with.

Living this kind of life is no small thing, and we discussed what it takes to fuel such a commitment in our last article. But we need to make up our minds to be all-in for Christ and with Christ. To set our face like flint. As Jesus put it, “whoever wishes to save his life will lose it, while the one who loses his life for my sake and the gospel’s will save it.”

Commitment Must Be Lived Out

Sinking his fleet was an amazing way for Cortés to show how committed he was to his mission (and to make sure his men were committed too). But it didn’t defeat the Aztecs.

And so it is with our commitment to Christ. It needs to be lived out in practical ways.

One of the ways we can be all-in for Christ is to commit ourselves to a family of his people. I say, “family” here because the number one way church is described in the New Testament is as family. And there’s no close second! If you want to understand church and what it means to be part of the church, you have to start thinking of it as family. So God is our Father… we are his children… we are brothers and sisters in Christ… we are part of the family of faith… the household of God… we have been made heirs of God and fellow heirs with Christ.

You were never meant to follow God alone. Never.

You were made a child of God to be part of a family.

So committing to a church is not a matter of finding a service you like and then faithfully showing up every Sunday morning to sing, sit and listen.

Committing to a church is not a matter of finding a preacher whose charisma and style appeal to you and then hitching your wagon to that person.

It’s much more than that, and below I’m going to highlight how you can commit to a family of faith, a church. Here are 3 ways you can begin living out your commitment to community.

The first thing you need to do is define who your church family is. It’s crazy but we modern day Christians will commit to almost anything but this. We’ll commit to doctrines, to denominations, to Sunday services. But what about the actual people?

I have something I call the airport test. Who is willing to drop everything at the last minute to take you to the airport? Think about it. You know who they are! You need to double-down and commit to those relationships now.

I can’t tell you how many times over the years we’ve had people get involved on the periphery of our fellowships only to commit themselves to a traditional church. Then, a sign of trouble or a need arises (like a super early morning trip to the airport!), and not one person from those Sunday services that they have attended for 2-3 years is available to wake up at the crack of dawn and get them to their flight. Instead, it’s people from our fellowship – people they didn’t commit to – who are setting their alarms. And what it tells me is that 2 or 3 years have passed for these people without true community. Who are the people that will be there for you?

Pray about it. Give it thought. And then write down those names. Define who your church family is and then commit to developing those relationships.

This brings me to the second step you should take: make space. Life is busy for all of us. But we all have the same 24 hours in a day. The same 7 days in a week. The same 52 weeks in a year. So sit down and look over your typical weekly schedule and then make space to be available to the relationships you defined in Step 1. Don’t just go with the flow and hope that fellowship happens. That’s not how commitment to community works!

Hebrews 10.24-25 describe what I like to call the fellowship salad because there are 3 “let us’s” in these verses:

You need all 3 of these ingredients to make a proper fellowship salad. If one or more of them is missing, effective fellowship isn’t happening.

So pray about your weekly schedule. Give it some thought. And then write down when you will make time during the week to spend with those who are in your church family.

Finally, find an older mentor and commit to being discipled by that person.

I believe the Bible places the ultimate burden of mentorship on the younger person being mentored and not on the older person doing the mentoring. But at the very least the burden is mutual. In other words, you don’t have to wait for someone to offer to disciple you. (By the way, we talked about this in-depth on a recent episode of the podcast.)

Did you know that the first two disciples of Jesus initiated the relationship with him? He didn’t call them. They approached him and asked to spend time with him. You can read about it in John 1.35-42.

Hebrews 13.7 says, “You remember your leaders, those who spoke the word of God to you. You consider the outcome of their way of life, and you imitate their faith.”

Twenty-five years ago I was fresh out of college and had just recently surrendered my life to Christ. And I wanted to be mentored by an older Christian man. Truth be told, I had seen movies like Star Wars and Karate Kid and in my mind I thought, “I need a Christian version of Obi-Wan Kenobi. I need a Mr. Miyagi.”

I didn’t know much at the time, but as I looked around the small church I had become part of, I saw 3 men who seemed like good mentor candidates. They were further along than me in life and in their knowledge of Christ. And so one by one I approached each of them, asking if they would spend some time with me teaching me how to follow Jesus. For one reason or another it turned out that none of these men was in a place where he could disciple me. But one of them said, “Listen, I can’t provide what you’re looking for. But there’s a guy at Ft Campbell who I think you might want to meet. Maybe he could help you.”

Fort Campbell was a 45 minute drive from where I was living at the time. And it was a military installation; I was a civilian. What’s more, he didn’t even remember the guy’s full name. He just gave me a last name: Bean.

So I went home, got out my phone book (this shows how old I am!) and saw that there were 7 numbers listed under the name “Bean”. I decided I’d go down the list, call each one and explain the situation, and see if one of them was interested in discipling me!

For the last 25 years Cecil and Jeanie Bean have been our dear friends and mentors. They have impacted our lives in the most meaningful ways imaginable and we are grateful to be life-long partners with them in the gospel. And it all started with me making a call.

Take the initiative and find a mentor. Then commit yourself to being discipled by that person.

The greatest waste of time is the time spent getting started. Be intentional about thinking and praying through each of the 3 steps above. Then take action to see them happen. Making a true commitment to the Family of Christ will change your life forever.