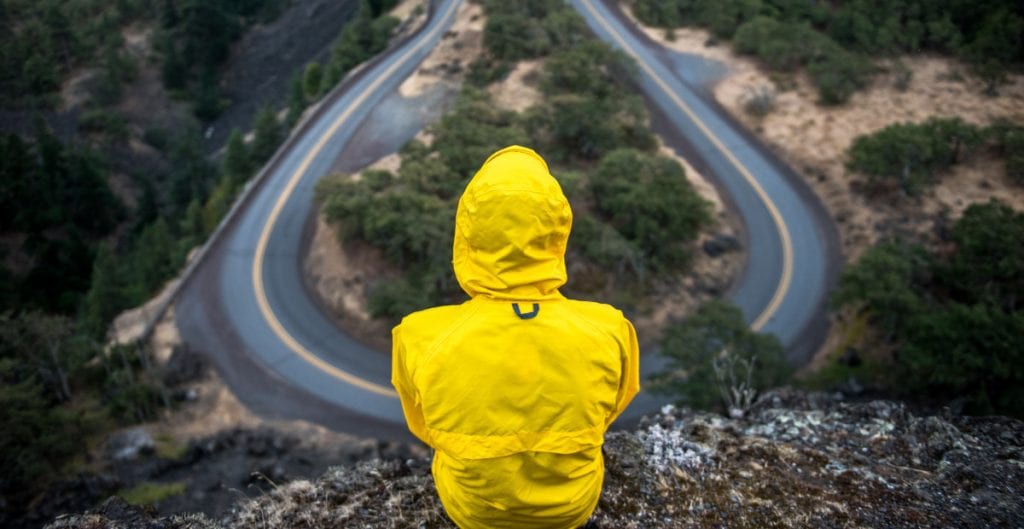 4 Principles for Finding God’s Will

I tried to stay calm.  My boss looked at me from across the desk.  He had called me into his office to talk about the future.  He knew I was graduating in a little over a month.

What he didn’t know was that I had recently become a follower of Jesus.  The decision on what to do after graduation was the first major decision I was making since committing my life to Christ.  I had been praying about it and I wanted to do what pleased God.  But what was God’s will for me? I didn’t know.

I tried to stay calm.  What would his offer be?  He opened his mouth.  The words that came next changed the course of my life.

As a new believer when it came to finding God’s will, I was lost.  And yet I was confident God had a purpose for my life and I wanted to know it.

Do you feel this way?  It’s a common experience for people of faith.

We’re told in scripture that faith pleases God.  What is a life of faith?  It’s believing God exists and that he will reward you if you diligently seek him.

It’s believing God has a will that he wants you to discover and live by.  Jesus modeled this life of faith: “Not my will but yours be done.”

But how do we discover God’s will?

4 Guiding Principles for Finding God’s Will

It’s been 25 years since I was sitting in my boss’ office trying to make that first major decision as a follower of Jesus.  I’ve learned a few things since then.

Below are four principles to help you discover God’s will in your life.  They’re simple… but not obvious.

Principle #1: Use Your Brain
Someone once said, “When God gave you a brain he gave you a good deal of leading.”

Often times God has already given us everything we need to make the right decision.  But we still hesitate.  We want him to tell us exactly what to do.  We’re waiting for that burning bush, some special revelation from God that removes all doubt.

Don’t expect this from God.  Burning bushes are not normative.  Even Moses only got one.

The writing was on the wall.  The time had come for Jacob to part ways with his in-laws and return to his home country.  So that’s what he did.

Why do we look for special revelation?  Because it takes us off the hook.  Refusing to make hard choices is driven by fear, which is the opposite of faith.  Don’t be paralyzed by fear.

God expects you to use your brain.  God is pleased when you wrestle with hard choices and take ownership of your decisions.

Principle #2: Walk Closely with God
When my children were around three I trained them to walk beside me when we were in public.  I didn’t have to hold their hand.  I didn’t have to call them because they had run off.  They learned to stay right next to me and match my pace as we walked.

If we were in a large store, I didn’t explain where we were going or what twists and turns we would take to get there.  When we came to a place where we needed to turn I would reach down, place my hand on their head and give a nudge in the right direction.  They quickly learned to turn with me on cue.  We always got where we were going, together.

I’ve learned it’s similar with God.  He rarely explains directions ahead of time.  You have to stay close to him so he can reach down and nudge you in the right direction at the right moment.  If you’ve wandered off, how will he direct you?

God doesn’t give us a map to follow.  He gives a guide to be with us: the Holy Spirit.

“When the Spirit of truth comes, he will guide you into all the truth, for he will not speak on his own authority, but whatever he hears he will speak, and he will declare to you the things that are to come.” (John 16.13)

To stay close to God, to match his pace, is to be in a position to be guided by him.

Principle #3: Be Patient
Sometimes our greatest obstacle isn’t knowing God’s will.  It’s being patient and working through the process God is orchestrating to accomplish his purpose in our lives.  His timing is not ours and we often have to endure hard times to follow the path he has set before us.

The greatest example of this in scripture is the story of Joseph.  As a teenager, God had given Joseph dreams that revealed a special plan for his life.  God was going to put Joseph in a position of honor and his brothers would one day bow before him.2

But did you know it was 22 years before those dreams were fulfilled?3  In the years between God giving those dreams and fulfilling them there was a lot of pain and suffering.  Scripture tells us that during those difficult years, God wasn’t absent.  He was testing Joseph’s character.4

Sometimes God’s will has been made clear but his timing and the path we must travel has not.  When things get tough or don’t happen as fast as we want, we can start second guessing what he has revealed.  In times like these God is testing our character.

Learn to persevere.  God fulfills his plans for us in his time and in his way, not ours.

Principle #4: Keep Moving Forward
Standing still limits your view.  But taking just a few steps can open your sightlines and reveal things you couldn’t see before.

She had been out of town visiting relatives for several months.  When his fiance finally returned, instead of feeling happiness he was crushed.  She was pregnant and the child wasn’t his.

As they talked about what had happened, she didn’t make the excuses he expected.  Instead, she claimed she had been faithful to him!  With a straight face she told him an angel had appeared to her and revealed that God would cause her to miracuously conceive.  That the child growing in her womb was literally the Son of God!5

She was putting him in a difficult position.  He carefully considered what she had said.  But in the end he couldn’t buy it.  Everyone knows where babies come from.  And no angel had appeared to him.  He made his decision.  He was a righteous man and did not want to put her to shame.  But He would break off the engagement.

Only then did the angel appear to him and confirm that she was telling the truth.  The angel told him to take Mary as his wife and to raise Jesus as his child.

You have to move forward, making the best decisions possible based on the information you have. Sometimes you get it wrong, but if you are striving to be righteous before the Lord he will give you the added insights you need as you go.

Life is an exciting adventure filled with many unknowns.  Embrace it!  We crave certainty but God promises only the certainty of his presence and guidance.  As you go through life seeking God’s will, keep these four principles in mind:

God doesn’t give us a map.  He rarely gives us burning bush type revelations.

But he does give us something even better.  He promises to be with us always and to guide us on the journey.